Can You Name These Apple Devices?

Here is a lineup of some of Apple's devices. Can you name them, and identify the 'generation'? [Hint: One of these devices was released in mid-2008, and one was released just recently (end-2012)]

Ok, now can you identify the 'new iPad' among the iPads displayed below? 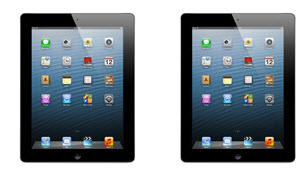 Maybe you can identify some of these devices, and maybe you cant. The point is - "The Revolution" is over; Apple's devices are now just "evolutionary". And 'one more thing' - aren't you bored using the same UI since the past five years?