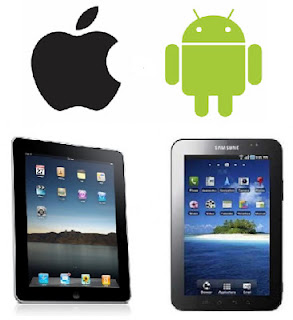 Of late, much has been written about the impending launch of a smaller, cheaper iPad, popularly dubbed the 'iPad Mini'. The Mini is rumored to be sporting a 7.85 inch screen, and other cheaper components, and is expected to cost between $249 and $299. Analysts also report that the Mini is designed to be Apple's secret weapon against Android tablets; specifically, the Amazon Kindle Fire.

These rumors will be put to rest one way or another later this year. And as we wait for that to happen, most folks seem to have ignored the fact  that Apple is already in the middle of a low(er) priced tablet war,  and going by the trends I have seen, seems to be winning.

Apple has always maintained a refurbished store online. However, over the past few weeks, the deals - especially on iPad's - have been getting a lot sweeter. Take for instance this deal: You can buy a 16GB Wi-Fi only iPad 2 on Apple's refurb store for $319! (other models have been similarly discounted). And that includes free shipping! Compare that to the $199 you will end up paying for the Amazon Kindle Fire. I agree, the $120 difference between the two is pretty large.  But that said, here is what the extra $120 will buy you:
If that's not enough, Apple is also throwing in a one year warranty (the same warranty as a brand new iPad), free ship to store, etc.

To some, that might not still seal the deal. But for many, many people out there, it does. Being a gadget-geek, I tend to track some of the deals-focused forums/sites out there. Take a look at these threads on SlickDeals (Link 1, Link 2, Link 3) set up specifically to track the refurb sale of the 16GB model. These three threads alone have garnered nearly 230K hits. Also, the time-line indicates that Apple cannot keep up with the demand - Whenever Apple replenishes its stock of refurb tablets, it tends to sell out in minutes. That’s a sure sign of winning, is it not?

Whether you think that that the Apple deal wins over the Kindle Fire, or not, you have to admit that this deal has all other Android tablets beat. For instance, today, on the DailySteals website you can buy the Moto Xoom 32GB for.... $350!!!

Here's the bottom-line: Whether or not the iPad Mini is real, it is clear that Apple is trying to do to the tablet market what they’ve done to the MP3 market — dominate. And unless Google's got magic Android Jellybeans, this war just might be entering its last phase.