Don't be a part of the herd! 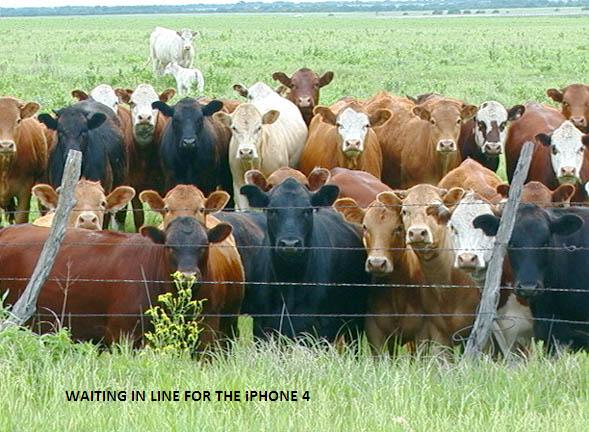 iPhone 4: Why Apple's strategy is flawed 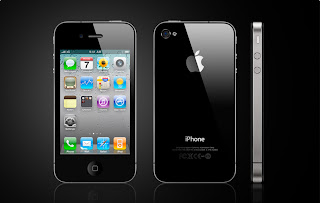 As you have undoubtedly already read, Steve Jobs formally demo'd the latest iteration of the iPhone, dubbed the iPhone 4 at the WWDC conference in San Francisco yesterday. As the world marvels at the gitzy new device, bloggers and journalists are poring over the details to analyze whether Apple has 'done it again'. Here is my take on the iPhone 4 and why I think Apple's strategy is flawed.


First off, let me cover the eight things about the iPhone 4 that Steve Jobs decided to highlight at WWDC.

So what are the some of the features that Apple could have incorporated but didnt?
The brief list above illustrates the second flaw in Apple's strategy. Apple is so accustomed to 'telling' its customers what they need, that it seems that they dont really care about what the customers 'want'. We all know that the stories of companies that drown out their customers voices with visions of their own grandeur dont really end well.

Finally, the iPhone 4 is a GSM device (again!). Lets analyze the implications of this by just considering the US market. On the one hand, the iPhone 4 is all about speed and data. On the other hand, AT&T recently announced that they are doing away with unlimited data - unless you area already a customer with AT&T that has unlimited data (you are "grandfathered in"). So this means that anyone intending to go to AT&T for the new iPhone 4 is subject to data caps. This is akin to giving someone the keys to a Bugatti Veyron but asking them to drive at 25 Mph. Whats the point of having all that muscle if you dont have the road to run? Making a (huge) assumption that AT&T is able to fix its network issues, it looks like the only folks who can take advantage of the iPhone's prowess are the folks who are grandfathered in. This is the third flaw in Apple's strategy. By tying the knot to AT&T, Apple has chosen to ignore about 200 Million subscribers who are currently with other carriers like Sprint, Verizon and T-Mobile. With AT&T's data caps in play, these folks have a lesser incentive to move to AT&T. I think Apple shareholders should take  a serious look at this flaw especially given their previous experience of how the Mac Vs. Windows wars played out. No one wants to see Apple head back to the brink. 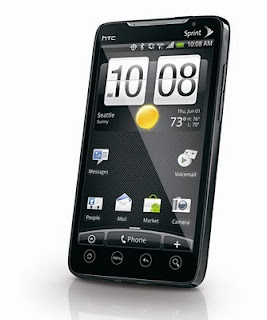 On a personal note, I am quite thrilled at how the EVO has been performing. It is being widely reported that the EVO's sales were beyond Sprint's expectations. The momentum has continued even beyond the iPhone 4's announcement and it has helped that Sprint announced it has no plans to introduce data caps right now. GO SPRINT!

Ready for the rEVOlution?

So you are planning on getting the EVO? Starting tomorrow (6/3/2010), buy the EVO on the Sprint Everything Plus referral site using my details below and save tons of $$$ on your plan as well! 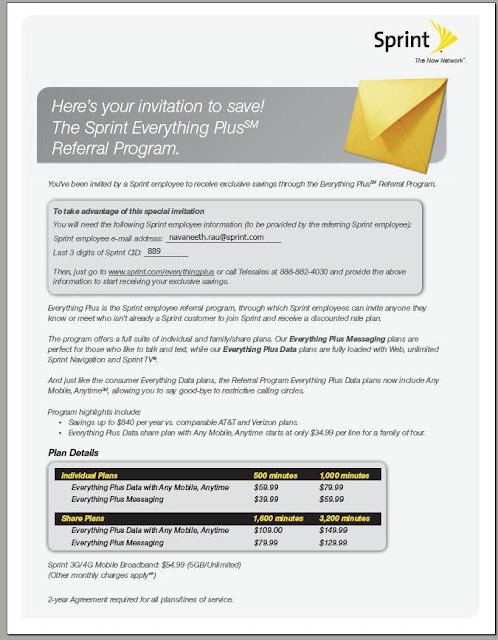 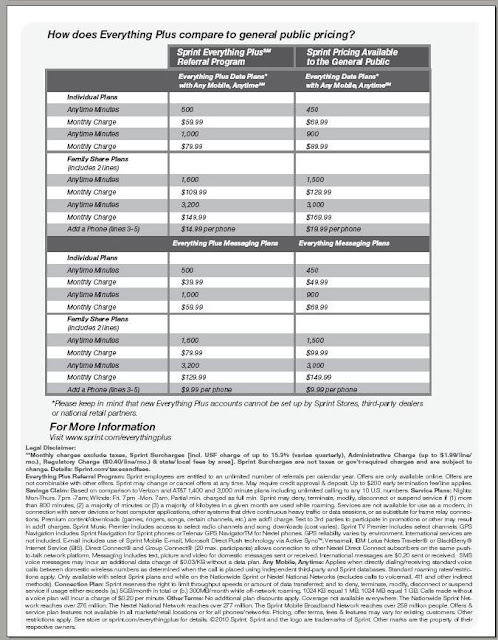 Note: You cant upgrade using these details. It will work only if you are a new subscriber or if you an existing subscriber who is adding a new line.