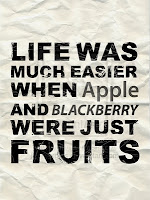 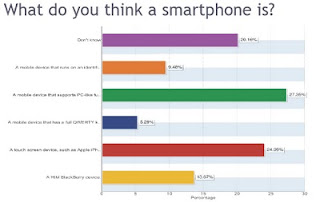 But in recent times (especially after the entry of the iPhone) the traditional meaning of the word ‘Smartphones’ has been turned on its head. This confusion reigns not only in the minds of customers (see chart alongside), but also in the minds of wireless carriers and app developers. To make matters worse, industry veterans have now started to throw the word ‘Superphone’ around. So what actually constitutes a Smartphone? And what is a Superphone? Recently Rob Glaser, chairman of RealNetworks tried defining these terms.
As carriers and app developers grapple with Smartphones’ evolution into Superphones, it has also become painfully clear that smartphones are where the growth is in the handset market. Evidence of this is seemingly everywhere:
Therefore from both wireless carriers’ and app developers’ perspectives it has become important not only to understand what Smartphones are, but also to forecast which Smartphones will actually grow and thrive. To answer the latter half of this question, it will be easier if we analyze the major Operating Systems (OS) out there and look at how they have been performing to date.
These are the major Mobile OS’ in the world today 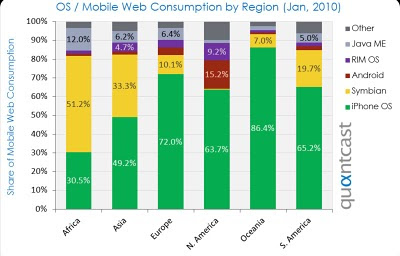 In the US, comScore recently launched their January 2010 U.S. Mobile Subscriber Market Share report that had some really interesting findings: 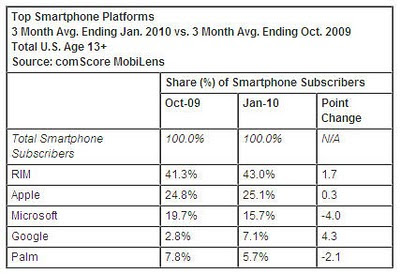 While both Research In Motion (RIM)/BlackBerry, Apple/iPhone and Google/Android increased their market shares, Microsoft and Palm both took a beating. Microsoft seems to be the hardest hit by Google's entry into the mobile market, but this might change depending on how the new Windows 7 Phone performs. But this will also depend on how the tide of new Android phones being released shortly will perform. Additionally, it will also be interesting to see whether these phones can boost Android's market share to iPhone levels.
But do these trends mean there is no more room in the smartphone market for new OS vendors? Does it mean that International heavyweights like Nokia/Symbian will not be able to break into the US market? And what about device manufacturers? Recent performance of Palm and Garmin indicate that the Mobile OS market is crowded. I’m sure we will see many more OEM’s releasing their new devices, but I suspect that market forces will force them into using an open source/licensable OS. And from this perspective, Android seems to be the best bet. But I wouldn’t count Symbian and Microsoft out yet.